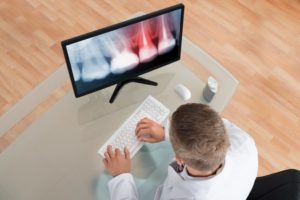 It’s unfortunate, but many people shy away from the idea of receiving dental implants because they think they won’t be viable for placement. With today’s modern technologies and advanced dental procedures, dental implants are viable for a wider pool of people than ever before. Of course, that hasn’t stopped the myths from spreading around the internet.

That’s why an implant dentist is prepared to break down a few myths surrounding implants to give you hope for treatment. Here are the four most common ones he hears.

Myth #1: Bridges are a Better Solution Than Implants

One of the most common myths the dentist hears is that dental bridges are a better solution than dental implants, especially if you’re replacing multiple teeth. However, implants in recent years have been becoming increasingly comparable to traditional bridges in terms of price. Furthermore, bridges require the shaving down of natural enamel in order to place, an option many people don’t have.

Since bridges only sit on top of existing teeth and don’t work to replace the root, it’s hard to even put them in the same category as bridges. There’s also no reason to believe that bridges can’t be fitted with implants and still replace three to four teeth at a time. Implants, whether they’re used with single crowns or bridges, are better than bridges in nearly every way.

It’s a common misconception that people have, but receiving dental implants is actually quite painless. Before surgery begins, the dentist uses local anesthetic to numb the area being operated on, therefore removing the possibility of feeling anything during surgery. Of course, there is some minor discomfort after treatment, but that’s common for all surgical treatments in dentistry, not exclusively dental implants.

When placed properly, dental implants are indistinguishable from natural teeth. In fact, they’re far more natural-looking than bridges or dentures because they work to retain your face’s natural elasticity and don’t shift around when in use. Implants sit on your gums the same way as natural teeth and the crown that goes on top will be made entirely from porcelain, which is extremely similar in appearance to natural tooth enamel.

Myth #4: Cheap Implants Are Ideal If You Have a Low Budget

For the most part, practices and manufacturers that offer cheap dental implant materials are too good to be true. Using sub-par products will more than likely result in a sub-par implantation. Since implants are meant to fully integrate with your existing gum and bone tissue, you don’t want the cheaper materials to reject or fail to integrate properly. This will only increase the risk of an implant failure.

Got a question about dental implants? Schedule a consultation today and get the facts!

Dr. Nicholas Brong earned his dental degree from the University of California. Since then, he’s undergone additional implant training at the University Associates in Dentistry and the Dental Implant Institute of Chicago. To learn if dental implants are right for you or simply learn more about the practice, you can contact him through his website.

Sorry, the comment form is closed at this time.